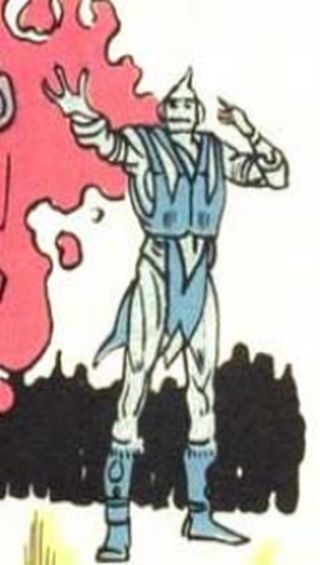 Drawbacks: Miscellaneous: Sindromedan Humanoids have been affected by a spore infestation known as the Fluxsweep, which gives them their Mental Powers, but causes them to be evil.

Ed's Notes: Interesting idea.  There are 88 Mental Powers listed in the 3rd Edition Rulebook. And I could DEFINITELY see a lot of possibilities for illegal black markets for Fluxsweep. NPC's that are normally pushovers could take their own product and randomly become formidable. PC's may even be tempted to experiment with it. I know that's not really the point of this race, but that's what I see.

Sindromeda is part of the Vegan System.