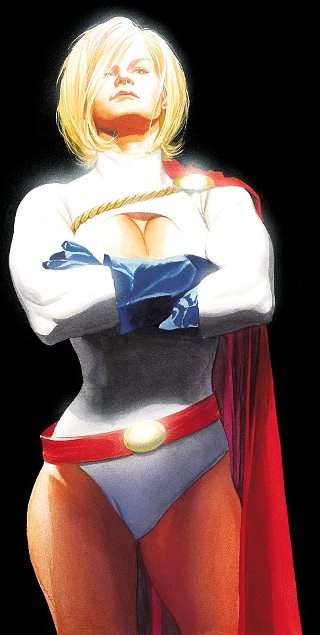 Ed's Notes: This is Power Girl at FULL POWER. The official entry in the Who's Who is actually for a slightly nerfed version of Power Girl that followed the "Teasdale Imperative," where she was almost killed by the Gray Man, and these stats are listed down in the writeup.  If a PC is playing her however, THIS is the version I'll use.

Edit: It's worth noting... This write-up is for the version based on her origin of being Lord Arion's granddaughter. If you want to use her Kryptonian origin, bump her Dex up to 13 (which 2nd Edition had it at regardless) and give her the Same Vulnerabilities to Magic and Kryptonite as Superman: