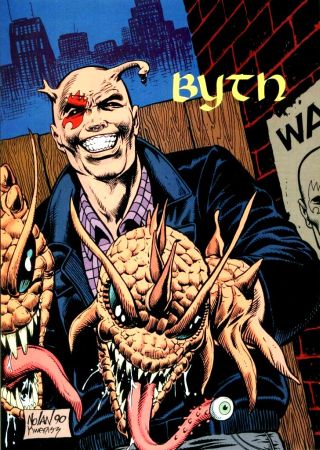 Bonuses: Miscellaneous: Can Shape Change into the form of any animal he has ever seen. Shape Change can be used to alter only part of his body, or several part at once with different forms.

Regarding the "Krotan Drug"... It grants the user the Shape Change Power at 13 AP's, and if the user has an Int of 6 or higher, they can Shape Change into animal from their imaginations, and alter only parts of their body if they wish. It also gives the Serious Psychological Instability while on the drug.User must make an action check of their Mind/Will against 8/8 each time the drug's effects were off. Failure results in addiction and withdrawal and all Dice Actions receive a +1 OV/RV Column Shift penalty until they can score some more.

2nd Edition sources include Advantages: Iron Nerves and Sharp Eye, omit the part about altering only part of his body and rate his Rage as Catastrophic.