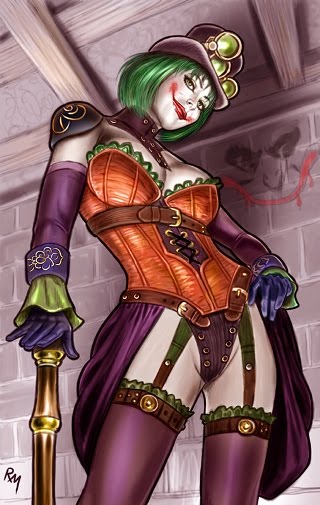 Ed's Notes: This is NOT the same "Harley Quinn" who first appear in the Batman Animated Series as the Joker's (now old) flame. This is the one that claimed at different times to be the daughter of both the Joker and Two-Face, although both claims appear to be false, and who launched the following viral meme-bust: 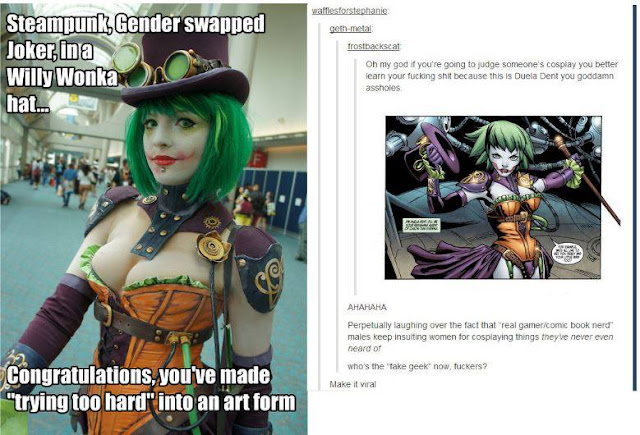