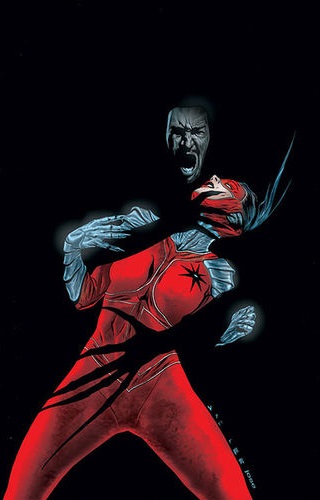 Ed's Notes: This version of the character has been significantly beefed up since the original version, shown in 2nd edition.  He's been upgraded from merely a criminal to an assassin, and given the skills to match - enough for "badass normal" status, before he even uses the Field Generator on his suit.  The original was a member of the Injustice Gang. Including THIS version in that groups could give them a bit of a darker edge.