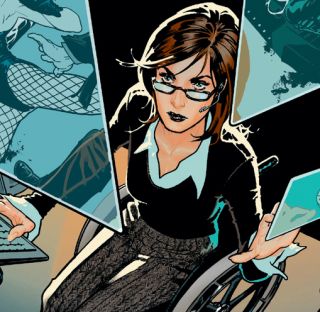 Limitations: Miscellaneous: Use of Amrtial Artist Skill is limited to her arms and upper torso; Miscellaneous: Thief Subskills needing full mobility are considered at 2 AP's.

Ed's Notes: As a huge fan of Batgirl, I've never been very fond of the Oracle character, who can only exist when Batgirl does not. For a while the character did start to grow on me, as I realize the potential for some really strong representation for people with disabilities in Superhero comics... BUt all to often the ham-fisted writers at DC end up making the character more tragic than empowering. Granted, most of the source material I've read is older stuff, so younger readers may have an entirely differrent take. I just can helop but see BOTh characters, Oracle and Batgirl, as wasted or lost opportunities for better material.