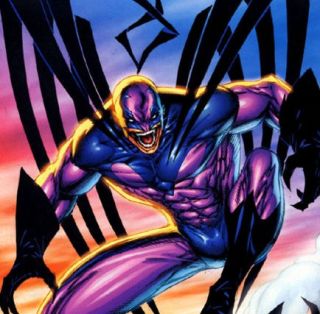 Limitations: Miscellaneous: Life Sense is only usable to locate Hawk.

Drawbacks: Catastrophic Irrational Attraction to killing Dove and attempting to persuade Hawk to side with Chaos; Miscellaneous: Kestrel isn't really a living being, but a magical spell.

Source: Who's Who, 3rd Edition
foe of: Hawk & Dove


Ed's Notes:  According to the Who's Who, anyone with the Sorcery Power and knowledge of the Spell can summon the Kestrel. However, they will be treated as if they are using a combined total of 35 AP's of the Sorcery Power for as long as the spell remains in effect.