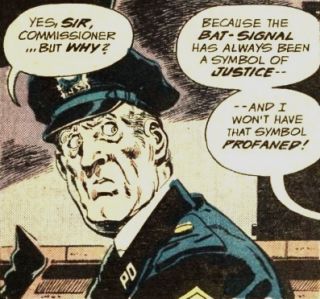 Ed's Notes: To be honest, I didn't realize that Harvey Hainer was an actual character. (And I'm like the biggest Batman fan I know!) He was included in the Mini-Adventure at the end of the Batman Sourcebook, and I'd assumed that he was just made up for the adventure. (But I was going to include him here anyway, just for fun.) But lo and behold: He's an actual character! And from the look of this picture, he's been around for a while! (Ed.Note: Since 1961, it turns out!) 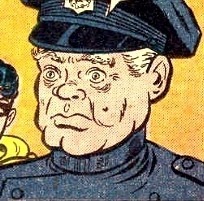 Sgt. Hainer is an older cop, close to retirement who's biggest duty these days is the operation of the Bat Signal. His best days of kicking ass are likely behind him, but like Det. Bullock, he remains one of Gordon's close allies on an largely corrupt police force.