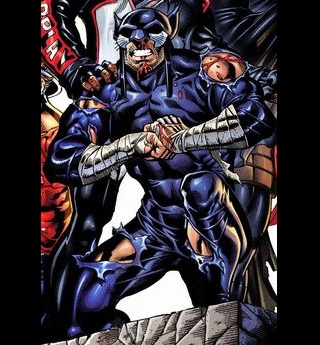 
Ed's Notes: Yet another case where the two sources are combined. WaW omits his All-Star Squadron Connection, but gives him just 60 Herp Points.  The BG/R nerfs his Skills really weirdly. Like... It includes the *linked flag, but then NONE of them end up actually being linked! Instead of all 8's, he gets 6, 9 & 6 respectively. So, even though his Martial Artist is a point lower, the WaW Skill ratings just make more sense. Otherwise I tried to include the best from either entry.

Also, since he trained Yolanda Montez, he should probably have:

...as most of the other JSA members do.